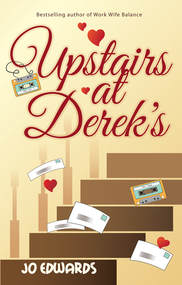 Colin Hector has always lived under the intimidating shadow of his troubled father. Now, his father   having passed away, everyone is telling Colin his life can begin again. Plagued by self-doubt, a string of unfulfilling relationships and the sudden appearance of nostril hair, Colin feels his life is winding down, not starting up.

When he finds a bundle of letters hidden amongst his late father’s belongings, Colin is devastated to discover that the letters are addressed to him, written by Sarah Shaw, Colin’s first love. His only love. Reeling from his father’s betrayal, he resolves to track Sarah down, but as the search uncovers further secrets and heartache, Colin begins to wonder if he should have left the past in the past.